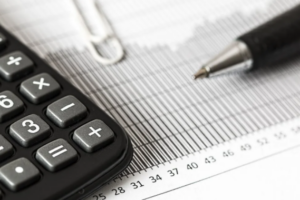 Kwon, MFin ’16, was enlisted in the Republic of Korea Army from December 2012 to September 2014, fulfilling the requirement that all male Korean citizens must serve at least 21 months in the military. While serving, Kwon, who earned a BA in economics and English from Wake Forest University in 2012, became an English-Korean interpreter and was then sent on a U.N. mission in South Sudan, which gained independence from Sudan in 2011.

Kwon was deployed in October 2013, and the new country remained peaceful until December of that year, when a civil war between two Sudanese tribes—the Dinka and the Nuer—broke out in the capital of Juba and spread to other parts of the country. The U.N. camps where Kwon and other international troops were stationed were inundated with refugees. According to the U.N., by the end of February 2014, nearly 900,000 civilians were displaced. Large numbers of ethnically-targeted killings took place. Kwon’s U.N. mission compound opened its doors to 15,000 refugees.

Although battles took place close by, Kwon’s compound was fortunately never under direct fire, with the exception of April 18, 2014, when armed youths attacked it. Nearly 60 refugees and 20 insurgents died in the attack, he said.

The next month, Kwon was sent back to Korea to finish his service. But his brief time in Africa inspired him to help other areas in crisis.

“During my time in South Sudan, I realized the limitations of international organizations when it comes to fomenting growth,” Kwon said. “I felt that the U.N. was very capable and effective at providing protection to civilians and serving as a mode of communication between warring parties, but they weren’t necessarily the best at having long-term strategies on how to develop an economy. I feel the private sector has the answer to that.”

Kwon wants to work for global institutions that advise or invest capital into companies in the private sector of emerging economies. It’s an ambitious goal that drove him to apply to the MIT Sloan Master of Finance program. “I want to be able to fund and advise entrepreneurs who will be the job creators and the economic drivers of developing countries,” he said.

During his time at MIT Sloan, Kwon is further developing his leadership skills, serving on the MIT Sloan Student Senate and managing the finances of the MIT $100K Entrepreneurship Competition this year.

“Kwon’s work ethic and competence reflect the reputation of the Republic of Korea Army, which I became familiar with as a [U.S.] Marine officer. The no-excuses, execution-focused mindset makes him a great person to work with,” Auchincloss said.