How Military Veterans Can Turn Their Skills into a Corporate Career 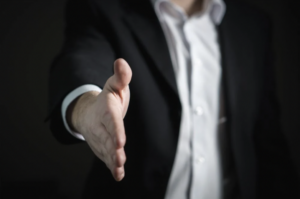 When Toby Johnson was 24 years old, the Army pilot was in charge of eight $30 million Apache helicopters, plus the 30 people who managed them — more responsibility than any of her friends in the private sector. But when she decided to leave the Army and get a civilian job, she realized she had a challenge: most hiring managers weren’t veterans, and they struggled to understand how her military experience might translate to the corporate realm.

Transitioning from a military career to the corporate world can be a fraught process for the nearly 360,000 U.S. veterans who leave the service each year. In addition to networking their way into new professional circles and learning new cultural mores, veterans have to face down the even more fundamental questions: what career will best suit them? And once they know what they want, how can they convince hiring managers that their skills will translate — especially if they’re not quite sure they will?

Since 2013, I’ve keynoted talks to groups of transitioning military veterans nearly 20 times as part of Deloitte’s CORE Leadership program, which helps vets reinvent themselves into civilian careers. In the process, I’ve gotten to know hundreds of veterans and heard their stories of entering the corporate world – including what they wish they had known when they began their transitions.