Life and Leadership Lessons I Learned In The Military: “You can delegate authority, but not responsibility.” 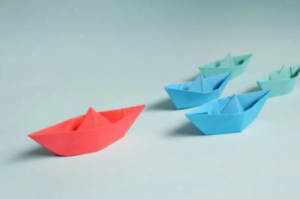 As a part of my series about “Life and Leadership Lessons Learned In The Military”, I had the pleasure of interviewing Sean Corbett, a former Army Special Forces Officer with four combat deployments. After more than a decade of honorable service, Corbett chose to forego a promotion and transitioned from active duty to begin a new career in the technology industry. He currently works as the Director of Corporate Strategy at Motus, LLC in Boston, MA, and is entering the Executive MBA class of ’21 at MIT Sloan. Corbett has a Bachelor of Science degree in the Electrical Engineering track and with a focus on Military History from the United States Military Academy.

Thank you so much for doing this with us! Can you tell us a bit about your childhood “backstory”?

I grew up in a middle-class family in northeast Ohio, and I can remember as far back as grade school always wanting to be in the military. At the time I didn’t really know what that meant, but for some reason the idea of being in a special forces unit and fighting for the country was appealing. It was a weird goal to have for sure, but almost everything I did focused on being like Charlie Sheen from “Navy SEALs” or John Wayne from “The Green Berets.” Maybe not so much Charlie Sheen as time went on…but I focused tirelessly on physical training and academics throughout high school with the goal of either getting into the United States Military Academy at West Point or enlisting in the Army after graduation.

The first day of class my junior year was 9/11/2001, so that day solidified what I was going to do after graduating high school. Somehow I ended up getting an acceptance letter to West Point, so I began my time in the military and the beginning of adulthood at age 18 when I showed up as a cadet that first day in June 2003.

And what are you doing today? Can you share a story that exemplifies the unique work that you are doing?

After an initial one and a half years in sales, I now work as the Director of Corporate Strategy at Motus, LLC. The main focus of my job is to help drive operational execution of our strategy across departments and assist with our ongoing M&A initiatives. It’s a great opportunity for which I’m very grateful. As I begin grad school in the Fall and continue to work full-time, the academics will pair nicely with what I do daily at Motus.

Today, the value I bring to my company stems from my experience as a leader in the Army Infantry and Green Berets, but that only goes so far. There is much more I need to learn to give back to my company what they have given to me, which is why I’ve decided to invest the time to complete this MBA program in addition to my full-time job. While I continue to learn on the job, I find various ways to provide value and streamline our processes required to complete M&A deals. It’s unique because we are moving fast with limited resources (similar to constraints I experienced during Special Forces operations) and taking our company to the next level.

Finding successful small companies that can add value to Motus isn’t easy. Once we do identify one, completing the diligence process promptly and successfully acquiring them is easier said than done. Integrating them operationally and culturally is equally as difficult, but it is something I’ve had success with in the past. Integrating two completely different military units that speak different languages, worship different higher powers, and have a wildly different view of reality is what I spent a lot of my time doing for the past decade. After that integration, going out and winning together on the battlefield is an even greater challenge. If it can be done in Afghanistan with an enemy trying to stop you, then it can be done here in our niche area of the SaaS world. Nonetheless, it’s still a great challenge that keeps life at Motus exciting.