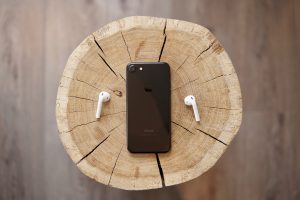 – Apple’s wearables and accessories products accounted for nearly as much revenue in the company’s just-completed fiscal year as its Mac computers.

– Sales of those products, which include Apple Watch and its AirPods line of wireless headphones, grew 54% in its fiscal fourth quarter to $6.5 billion.

– CEO Tim Cook believes that the wearables business is just getting started; three-fourths of Apple Watch buyers in the most recent quarter were buying their first one.