Why do women in STEM feel the need to ‘prove themselves’ in the workplace? 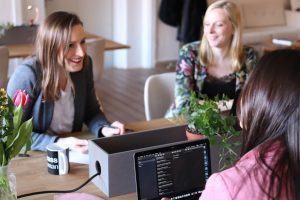 Women currently have a role in the workplace that may have been totally unthinkable in the past, even as recently as 50 years ago.

It once was the case that women were limited in the kinds of roles they could attain, limited in how much they were paid and limited in the circumstances in which they were entitled to work. Up until 1973, women working in the civil service were forced to leave their roles if they got married. Women even took on their spouse’s tax numbers (with a ‘W’ affixed to the end, for ‘wife’) in Ireland until the 1990s.

Unquestionably, progress has been made. This does not mean, however, that there isn’t more to be improved, nor does it mean that women no longer have unique issues they must contend with in the workplace. This can especially be the case for women working in STEM, given that they are in a generally male-dominated industry.