The Career Development Office is operating virtually due to COVID-19. All events are online, and all appointments have moved to Zoom, Skype or phone. Please email askcdo@mit.edu if you have any questions. 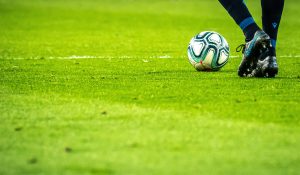 Major League Soccer (MLS) and Second Spectrum just announced a multi-year agreement; as the league’s first Official Advanced Tracking Data Provider, Second Spectrum will deploy its proprietary optical tracking system for every MLS match. (Second Spectrum was launched in 2013 by Jeff Su, Yu-Han Chang, and Rajiv Maheswaran, and already has multi-year deals in place with the NBA and the English Premier League.)

For MLS, the partnership works on multiple levels. Teams get access to software, data, and video tools that will help coaches, technical directors, scouts, and players better analyze and evaluate performance.