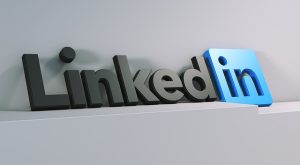 When Alejna Kalavik got a calendar invitation from a senior-level executive for a meeting with HR in 15 minutes on May 11, she had a good idea of what was about to happen. Her role as a senior account executive at a New York City-based public relations agency entailed working mostly with travel clients, and, though the company had been checking in regularly with its employees and communicating steps they were taking to avoid layoffs, as the pandemic continued, it became an inevitable that they would have to let some team members go.

“It was kind of shocking [to receive the invite], but it makes sense,” says Kalavik. “You have to rip the Band-Aid off; there was no sugarcoating it.”

The brief meeting confirmed her suspicions. That Monday was her last day on the job. By the following morning, her company email address had already been shut down, so Kalavik logged into LinkedIn and began shaping up her profile, which she’d neglected for the last year or so.

Polishing your online presence on the professional networking site is something all professionals who’ve been laid off or furloughed should be doing right now, experts say. But what’s the proper way to do this, and should you be broadcasting to the world that you’ve lost your job?