The Career Development Office is operating virtually due to COVID-19. All events are online, and all appointments have moved to Zoom, Skype or phone. Please email askcdo@mit.edu if you have any questions.

3 mantras for women in data 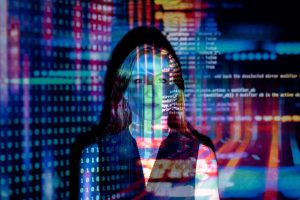 At a previous job, Beena Ammanath noticed a trend at her leadership team’s weekly meetings. If the meeting was running late, the CIO would ask her if she needed to leave to pick up her children.

“All of my peers were men, and the CIO was a man,” said Ammanath, who is now the executive director of the Deloitte AI Institute.

“He knew that I had young kids,” she continued. “And I [thought], ‘Why is he asking? I’ve got this covered. I can stay, it’s fine.’ I felt singled out.

“But there was one peer of mine who actually needed to leave at 5:30 on Mondays to go pick up his kids because his wife had to work late. He pulled me aside after a few of these instances and said, ‘The CIO really likes you. He’s biased towards you.’ And I said, ‘No, I feel the other way, that’s he’s singling me out.’”

This misunderstanding, stemming from a respected leader’s good intentions, was solved during Ammanath’s next one-on-one meeting with her manager, when she told him how she felt — and that another person on the team actually did need to leave earlier. In future meetings, the manager would ask if anybody needed to leave. “Even great leaders have unconscious biases,” Ammanath said.

Ammanath’s experience of being the only woman in the room is not uncommon for women in the data industry — women still hold relatively few jobs in this rapidly growing field. According to a 2020 survey, 27% of data and analytics jobs in the United States are held by women.