What These Veterans Learned About Entrepreneurship From the Front Lines 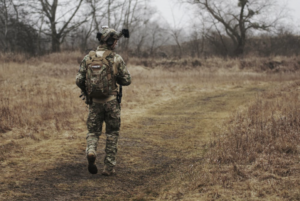 Colin Wayne understands the value of pain. While serving as a military police officer at the Forward Operating Base Boris in Afghanistan’s Paktika province in May 2012, Wayne’s leg was nearly blown off when a rocket hit the base. The explosion damaged nerves in his back, shot shrapnel into his calf, and left him with a traumatic brain injury.

“I went from working out seven days a week to re-learning how to walk,” says Wayne, who eventually recovered and in 2016 founded the Tanner, Alabama-based Redline Steel, which manufactures steel decorations for the home. With $9.3 million in non-deferred 2019 revenue, the company landed at No. 110 on this year’s list of the fastest-growing companies in the U.S. Despite the injury, he credits where he is today to his time in the military. “It almost killed me,” he adds. “But I was able to use that as fuel.”

He has plenty of company. Veterans lead 368 companies on this year’s Inc. 5000; altogether they generated $11.4 billion in 2019 revenue and added more than 26,000 jobs in the last three years. Many of them attribute their success to learned resilience, grit, and confidence in the face of adversity–a powerful combination when it comes to starting a business.