Innovative Work Cultures Know the Difference Between ‘Leader’ and ‘Manager’ 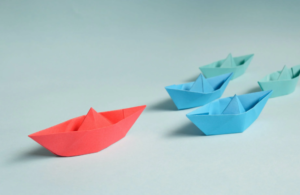 Managers and leaders can be one and the same, but not every manager is equipped with the leadership skills that help fuel a high-purpose company culture.

“A leader without followers is just someone out for a walk.”

Various versions of this saying, often attributed to author John C. Maxwell, are frequently used to encourage people in power to focus on inspiring others. But if you listen within many companies today, you may get the sense that a lot of them have forgotten — or never learned — the lesson in the adage.

Working with a wide range of organizations, I’ve come to see that overuse of the term leader often renders it nearly meaningless. Too many of the people given this moniker aren’t doing anything to inspire followers. Sure, they have some power in the hierarchy. But they’re not leading anyone anywhere.

The problem isn’t just semantic. It’s cultural. People aspire to become “leaders” in their organizations. When an organization assigns this label to people who are carving new paths and inspiring others, they help grow this kind of talent. But when they use the term based on hierarchies, they show that power is the more valued commodity, and they give employees less incentive to try to change the status quo.

In order to transform, meet the demands of the future of work, and tackle many of the biggest problems facing society, businesses need people who will innovate and bring others along as they move the organization in new directions. That can mean coming up with new products and services or new ways to sell. It can also mean addressing inequality or systemic challenges in how the business operates.

To fuel this kind of leadership, it’s time for businesses to come together around a joint understanding of the term. My organization, Gapingvoid, defines leaders as “A” players who own their power to make change happen and are willing to do the hard thing without being told to. Through this process, they earn and elevate influence. By this definition, an employee at any level can be a leader by taking a stand on an important issue, setting a tone, and serving as an example that others can follow.

When this kind of leadership is prized, the ripple effects spread throughout the organization. Through years of work with a wide range of businesses, I’ve come to see that it’s an essential part of building culture around purpose.

I’ve written previously on the benefits of approaching operational decisions through the lens of culture. High-purpose cultures are focused on the needs of customers and employees. They clearly communicate what the organization stands for and work to engage all stakeholders.

Gapingvoid conducted an extensive review of companies that typify high-purpose cultures and found that they empower their staff members to be change makers. In these cultures, employees have psychological safety. They feel comfortable challenging norms and introducing new ideas, and they’re unafraid of being punished by higher-ups committed to the status quo.

When employees see their colleagues praised as leaders for creating and inspiring change, others start to do the same. More people become these kinds of leaders — and the effect snowballs.

A powerful example of this model comes from the U.S. Air Force. Built around strict hierarchies, the Air Force found that it was failing to innovate at a fast enough pace. It needed to design a new culture in which all personnel felt empowered to be change makers. “Now, more than ever, we need bold leaders at every level who encourage innovation, embrace new thinking, and take prudent risks to achieve mission success,” Gen. Mark A. Welsh III, then chief of staff, said in 2013.

In 2018, Gapingvoid was asked to work with the 412th Test Wing at Edwards Air Force Base in California to help develop a culture that would breed innovative leaders. We set about learning the mental models and mindsets that were preventing personnel from taking risks and pushing for change. (Our proprietary approach, which we refer to as culture science, includes interviews with staff members, observation, ethnography, and more.)

We then introduced a series of steps to change the paradigm so people at all levels would want to be these kinds of leaders. One was an internal campaign complete with its own mascot, Eddie the Dragon. We also provided the base with a “culture wall” — illustrated tiles filled with key messages about the importance of innovation, fresh thinking, and being unafraid. In a Facebook video, military officials explained that these served as constant reminders that service members should “pursue those things that they want to pursue,” spot problems, develop solutions, and work to get things changed.

In Praise of Traditional Management

None of this means that managers who focus on tasks at hand rather than leading in new directions are not valuable. They are responsible for execution and are often designers of how tasks get done. In a different way, they can be bulwarks of an organization.

A recent study found that people value prototypical leaders “who inspire, motivate, and guide” over “managers who budget, hire, and supervise.” But when a situation calls for managerial experience, people tend to favor managers over leaders.

Organizations need both. They just need to make clear that while managers can also be leaders, they’re not inherently the same thing.