Big Companies Are Finding Out They Need Help With Diversity Messaging 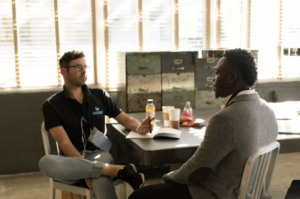 The murder of George Floyd forced American companies to reckon with racial inequality in ways few had before.

As a diversity, equity and inclusion (DEI) consultant, Lily Zheng has had a front-row seat to the wide range of approaches that companies have taken in response to last summer’s racial justice protests, from the purely performative to commitments to structural change.

When COVID-19 hit in early 2020, the economy sputtered. Zheng says it was a tsunami hitting the DEI space. In droves, DEI practitioners were laid off, lost contracts or had their work indefinitely paused.

Then the killings of Breonna Taylor in Kentucky and George Floyd in Minnesota sparked protests that spread from coast to coast, and activists put pressure on corporations to use their power for racial justice.

After years of passivity — or even contribution — toward inequity, companies didn’t know how to respond. Just a couple of months after trimming their DEI programs, companies were scrambling for guidance.

Pressured by customers and their own employees, a lot of companies seemed to feel like they needed to say something. Their need to be out front of a national social movement meant they were proclaiming themselves allies. They made pledges, promises and even bulleted lists of goals.

Some corporations called on DEI consultants for help, but clumsily issued social media statements before receiving advice, Zheng says. These gestures, like posting a black square on Instagram, were often criticized as performative.