Rust? Trains? Why clean energy is turning to exotic ideas to fix its storage problem 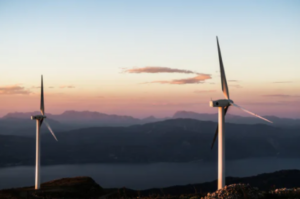 Mateo Jaramillo sees the future of renewable energy in thousands of iron pellets rusting away in a laboratory in Somerville, Massachusetts.

Jaramillo is chief executive of Form Energy, a company that recently announced what it says is a breakthrough in a global race: how to store renewable energy for long periods of time.

Traces of rust on iron have been a sign of decay for thousands of years. But now this chemical process — the oxidation of iron into iron oxide — forms the basis of a battery that Jaramillo said could offer a way to store energy on power grids for more than 100 hours, but at about one-tenth of the cost of an equivalent facility powered by lithium-ion batteries, the leading battery technology.

“Lithium-ion today is very cost-effective at providing energy storage for a few hours,” Jaramillo, who used to work on stationary energy storage for the electric car company Tesla, said. “But forecasting out into the future and looking at how the grid operates, we need to be able to bridge hundreds of hours.”

The batteries discharge energy from pellets of iron as they “rust” or oxidize in oxygen from the air; the reverse chemical process — effectively “de-rusting” — then uses electric current to convert the rust back into pure iron. Each iron-air battery is about the size of a dishwasher, and thousands of such batteries could be placed together in a very large building to store megawatts of renewable electricity on the grid until it’s needed.

Form Energy is far from the only company trying to solve this problem. Renewable wind and solar energy now make up about 10 percent of the electricity used in the United States. But sometimes the sun doesn’t shine and the wind doesn’t blow, and today’s power grid doesn’t have a lot of storage. Fossil fuels like gas and coal, which environmentalists hope to eliminate as energy sources, can supply power to the grid in just a few seconds and don’t have such shortcomings; it’s hoped that grid-scale storage can replace at least some of that “on-demand” need for electricity.