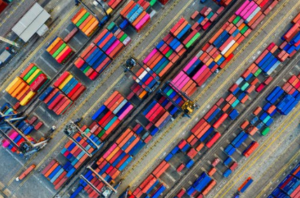 Via Separations is a startup from a couple of MIT material science engineers who figured out a way to reduce the amount of energy required in a manufacturing process, resulting in lower carbon creation, lower energy usage and lower costs. Today, the company announced a $38 million Series B.

The round was led by NGP ETP, a firm that focuses on investments that lower carbon emissions. In addition, 2040 Foundation participated, along with existing investors The Engine, Safar Partners, Prime Impact Fund, Embark Ventures and Massachusetts Clean Energy Center.

CEO and co-founder Shreya Dave says the company hopes that by reducing carbon in the manufacturing process, they can help consumers make more green buying choices because the things they buy will have resulted in less carbon creation during manufacturing.

“Basically our vision is if we can decarbonize that supply chain infrastructure, then we don’t have to rely on consumers having to make a decision between the thing that they want and how to do good for the planet,” she told me.

The Via solution sits in a shipping container in the middle of the manufacturing process and acts as a filtration system for whatever is being produced. Dave uses a pasta pot analogy to describe how the filtering process works. “Instead of going into a pot where the water gets boiled off using heat, it goes through a strainer, where we [apply] pressure in order to force it through a filter like a pasta strainer,” she explained.