Evolution of Nuclear Power Continues with Operation of First EPR 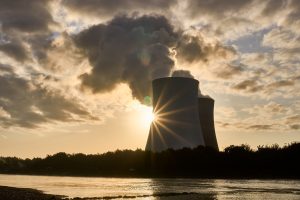 The nuclear power industry is a global enterprise. Construction of a nuclear plant today requires cooperation from a number of companies involved in reactor technology, along with a range of contractors experienced in nuclear plant design.

Government support is crucial, not only from lawmakers and regulators where the plant is sited, but also from those in countries from which nuclear technology may be imported. National and international atomic energy agencies also are involved.

The planning behind the Taishan Nuclear Power Plant in Taishan, Guangdong province, in China was no different. Support from many groups was required to move the project from its early stage—excavation work for the plant began in 2008—to commercial operation, which occurred when the 1,750-MW capacity Unit 1 came online a decade later, in December 2018.