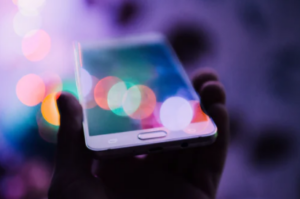 So much more is being asked of IT leaders after what has arguably been the biggest business disruption in recent memory. CIOs are tasked with deploying digital initiatives often while reducing costs, ensuring cybersecurity and compliance measures are in place, supporting innovation, and enhancing customer interactions, to name a few.

“What we’re hearing from companies and CIOs is they are not just doing what they’ve always been doing. Their skillset is really becoming broad and very business-oriented,’’ says Stephanie Woerner, a research scientist at MIT’s Sloan Center for Information Systems Research (CISR). “Work has changed dramatically, and expectations of how your company is going to operate have changed. If you’re going in with an attenuated skillset … you won’t be able to deal with these new demands.”

Jason Pyle, managing director of IT recruitment firm Harvey Nash USA, says IT is no longer like a utility company in control of every technical detail the greater organization uses. “Today,” he says, “much of what IT does might be better described as a ‘watering hole’; a place that attracts, unites, and gives fuel to often quite disparate groups of people who are there by choice, not compulsion. For the CIO, the difference can be radical; control is replaced by influence, structure by fluidity, certainty by ambiguity.”

As the need for technology changes so do the demands and skills required for a CIO, Pyle adds. The Harvey Nash/KPMG CIO Survey 2020 revealed that more CIOs have “moved on” from their role than left of their own accord. “It is tough being a technology leader,” he notes.

Here are seven traits of highly effective digital leaders — those who have not only brought their organizations through the pandemic but have the skills necessary to thrive well into the future.