How Moderna, Home Depot, and others are succeeding with AI 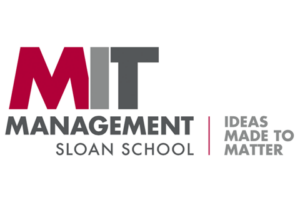 When pharmaceutical company Moderna announced the first clinical trial of a COVID-19 vaccine, it was a proud moment but not a surprising one for Dave Johnson, the company’s chief data and artificial intelligence officer.

When Johnson joined the company in 2014, he helped put in place automated processes and AI algorithms to increase the number of small-scale messenger RNA (mRNA) needed to run clinical experiments. This groundwork contributed to Moderna releasing one of the first COVID-19 vaccines (using mRNA) even as the world had only started to understand the virus’ threat.

“But a lot of it was built on … this infrastructure that we had put in place where we didn’t build algorithms specifically for COVID; we just put them through the same pipeline of activity that we’ve been doing,” Johnson said. “We just turned it as fast as we could.”

Successfully using AI in business is at the heart of the podcast, which recently finished its second season. The podcast is hosted by Sam Ransbotham, professor of information systems at Boston College, and Shervin Khodabandeh, senior partner with Boston Consulting Group and co-lead of its AI practice in North America. The series features leaders “who are achieving big wins with AI.”

Here’s a look at some of the highlights from this season.

Try for ‘extremely light test versions’ before deployment
If you’re frantically searching the Home Depot website for a way to patch a hole in your wall, chances are you’re not thinking of the people who’ve generated the recommendation for the correct brackets to use with your new wall-mounted mirror — or the project guide for the repairs you’re doing.

But Huiming Qu, the Home Depot’s senior director of data science and machine learning products, marketing, and online, is not only thinking about those data scientists and engineers, she’s leading them, and doing it in a way she hopes will leave both her team and customers happy. To do this, Qu’s team pulls as much data as it can from customer visits to the site, such as what was in their carts and what their prior searches were.

Qu’s team then weaves that information into an “extremely, extremely light test version” of an algorithm to cut down on development time and to figure out if that change will be possible within Home Depot’s digital infrastructure.

“It takes a cross-functional team iteratively to move a lot faster — to break down that bigger problem, bigger goals, to many smaller ones that we can achieve very quickly,” Qu said.

Build moonshot solutions with incremental “roof shots”
When it comes to AI and machine learning at Google, the tech company applies three principles to innovation: focus on the user, rapidly prototype, and think in “10x.”

“We want to make sure we’re solving for a problem that also has the scale that will be worth it and really advances whatever we’re trying to do — not in a small way, but in a really big way,” said Will Grannis, managing director of Google Cloud’s Office of the CTO.

But before Google puts too many resources behind these 10x — or moonshot — solutions, engineers are encouraged to take on “roof shot” projects.

Rather than aiming for the sky right out of the gate, engineers only have to get an idea to the roof, Grannis said. A moonshot is often the product of a series of smaller “roof shots,” he said, and this approach allows him to see who is willing to put in the effort to see something through from start to finish.

“If people don’t believe in the end state, the big transformation, they’re usually much less likely to journey across those ‘roof shots’ and to keep going when things get hard,” Grannis said. “My job is to create an environment where people feel empowered, encouraged, and excited to try — and [I] try to demotivate them as little as possible, because they’ll find their way to the ‘roof shot,’ and then the next one, and then the next one, and then pretty soon you’re three years in, and I couldn’t stop a project if I wanted to.”

Incomplete datasets are still useful, but be mindful of their bias
JoAnn Stonier, chief data officer at Mastercard is using AI and machine learning to prevent and uncover bias, even though most datasets will have some bias in them to begin with.

And that’s OK. The 1910 U.S. voter rolls, for example, are a dataset, Stonier said. They could be used to study something like voting habits of early 20th century white men. But you would also need to acknowledge that women and people of color are missing from that dataset, so your study wouldn’t reflect the entire U.S. population in 1910.

“The problem is, if you don’t remember that, or you’re not mindful of that, then you have an inquiry that’s going to learn off of a dataset that is missing characteristics that [are] going to be important to whatever that other inquiry is,” Stonier said. “Those are some of the ways that I think we can actually begin to design a better future, but it means really being very mindful of what’s inherent in the dataset, what’s there, what’s missing but also can be imputed.”