‘Black Capitalism’ Promised a Better City for Everyone. What Happened? 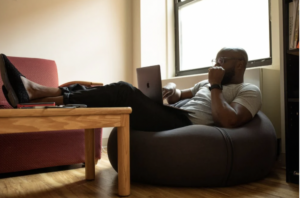 ROCHESTER, N.Y. — The Panther Graphics printing plant sits along a row of red brick buildings and empty parking lots on the edge of a circular highway that separates this city’s downtown from a largely Black neighborhood to the north. Nearby, there is a warehouse, a Baptist Church and a billboard that warns “A Shot from A Gun Can’t Be Undone,” a reference to Rochester’s soaring murder rate.

Tony Jackson, the owner of Panther Graphics, grew up here, the oldest of six children. His mother died when he was 13 and his father served time in Attica, the nearby state prison. But Mr. Jackson said he always had “ink in his blood” — a helpful trait in a city dominated by the giant film and copying companies Kodak and Xerox — and he found his calling in commercial printing.

Mr. Jackson named his company, which produces labels for the grocery chain Wegmans and health care enrollment packets for Blue Cross Blue Shield, after the Black Panther Party. “It represents being Black and being strong,” he said.